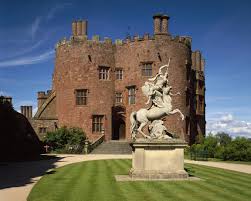 Existing baroque Statue depicting ‘Fame’ born out of Pegasus. My current project is to ‘recreate’ this statue in my own style and interpretation, commissioned by Powis Castle.

My statue will consist of Perseus standing in front of Pegasus where Pegasus is born from the blood of the slain Medusa. The personification of Fame sits on the wings of Pegasus. It will be titled – ‘Fame and Perseus proclaiming the birth of Pegasus’ – the concept and narrative is based on classical Greek mythology.

The unveiling date of the statue which is in association with the National Trust will be announced in due course.